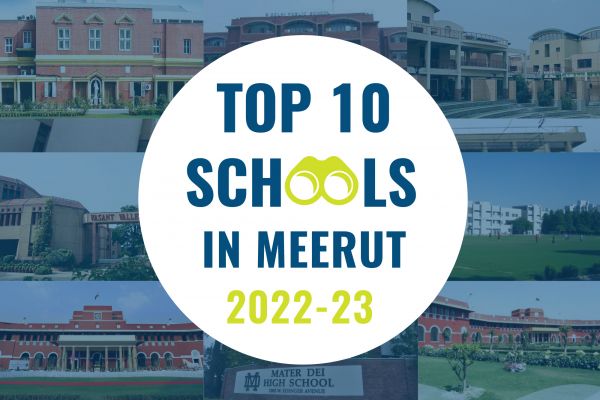 City of Meerut is one of the oldest in Uttar Pradesh. Meerut has been found to have significant historical and archaeological significance. The origin of the name "Meerut" is a topic of some debate. One theory proposes that it was named after the Delhi king Mahipal. The city is known as the "Sports City of India" and as an important educational center in western Uttar Pradesh.

The search for a suitable educational institution is a crucial first step in raising children. This part is crucial for the future of your children's careers. Keeping this in mind Skoodos has compiled a list of the best top 10 schools in Meerut for you. So if you're a parent looking for the top ranked schools in Meerut for your child, we advise you to not look further.

St. Mary's Academy is highly regarded as one of the top schools in Meerut currently.The coeducational institution is large, with a lush campus and a forward-thinking, challenging curriculum that has been serving students since its founding in 1952. The core of the St. Mary's Academy curriculum is based on students' competencies, which detail the essential skills they'll need to make a positive difference in the world.Since its inception, St. Mary's Academy has been known for its commitment to academic excellence, strong moral principles, and a wide range of extracurricular activities that foster students' growth as individuals.

The school has a strong and dedicated Illumina Association that has worked tirelessly over the years to make her name known all over the world, and its alumni have gone on to become prominent figures in Indian society and beyond. The institution marked its silver and golden anniversaries in 1977 and 2002, respectively.

Founded in 1992 with the goal of providing excellent education to students of both sexes, Dewan Public School, Meerut, is a CBSE-affiliated, coeducational institution.The school has been dedicated to making a small but positive difference in the world through education for the past quarter of a century, and its sprawling 5-acre campus is home to over 5,000 students who receive a well-rounded education in a nurturing setting.

The School has maintained a high level of success across all areas of education, including academics, extracurricular, and sports and games.With a strong emphasis on academics, co-curricular, sports, and other activities, Dewan provides a fertile breeding ground for future global leaders thanks to its philosophy of equipping students with skills through critical thinking, holistic educational programmers, and in getting good values.

When it comes to educational excellence, the Shanti Niketan Vidyapeeth is one of the top ranked schools in Meerut. In 2005, Nageen Charitable Trust established Shanti Niketan Vidyapeeth (SNVP) on Mawana road in Meerut (Uttar Pradesh) (NCT). Located far from urban smog and traffic, the school's 6th Km marker on the Meerut-Bijnor highway is a great spot for learning. The school's sprawling campus covers an area of 15 acres.

The school is part of the CBSE system and uses the NCERT curriculum up through the 12th grade. A child's best possession is a good education. A child who receives a quality education will grow up to be a contributing member of society. With this belief SNVP, believes that teaching students how to be good people and how to live by a set of ethical principles is crucial to their academic success.

K.L. International School, Meerut is a senior secondary school for both sexes that uses the English language and is guided by a philosophy of education that is both eclectic and cutting edge. The school is affiliated with the Central Board of Secondary Education (CBSE), and it has been named the best in Western Uttar Pradesh (UP) for students in grades kindergarten through twelve and is amongst the top schools in Meerut.

The school is renowned for its world-class educational practices, and its state-of-the-art facilities for the holistic development of its students. These factors work together to give its students the best chance possible of becoming highly driven, competitive, and open-minded individuals who hold true to Indian values. The Klites who graduate have always been well-versed, sure of themselves, and mature as a result of their exciting and rewarding schooling.

Dayawati Modi Academy is a senior secondary school in Modipuram, Meerut, Uttar Pradesh, which accepts students of both sexes and uses English as its language of instruction. The academy is accredited by the Council for the Better Schools of England (CBSE). Since its founding in 1981, the Dayawati Modi Academy has grown from a modest two-story building into a sprawling campus covering seven acres and boasting a student body of more than 3,600 and a faculty of more than 180.

Not only does Dayawati Modi Academy have state-of-the-art facilities, but it also has an excellent faculty and support staff who are committed to ensuring that their students make the most of their time at school. There are many reasons to emphasize why this is one of the best schools in Meerut, but we have already done so.

A North Indian powerhouse, Sophia is run by the Mission Sisters of Ajmer (MSA). In 1950, it was founded as a part of the Mission Sisters of Ajmer's pioneering effort to improve and liberate women through the widespread availability of education. The elementary school first opened in a temporary structure on the church grounds before relocating to its current location and is under the oversight of the Bishop and Roman Catholic Diocese of Meerut. The Catholic population is given priority for entry.

On the main thoroughfare through the cantonment (called the Delhi-Roorkee Road), you'll find the school's grounds. There are three buildings on campus, each housing classrooms, libraries, and laboratories that are bright, airy, and comfortable.

Meerut City Public School's mission is to cultivate an educated and healthy society by emphasizing both academic and holistic education, which it achieves by identifying each student's unique potential and encouraging him or her to develop their physical, mental, and spiritual selves. The administration at MCPS is serious about delivering on the school's mission of providing all students with a high-quality education, and they've assembled a team of teachers who are both committed and well-qualified to do so.

Located at Shiv Shakti Nagar, Delhi Road, Meerut, Uttar Pradesh, MCPS is a coeducational, English-medium, senior-level institution that is accredited by the Central Board of Secondary Education (CBSE).

The Millennium Schools are a network of public, coeducational institutions across the country which uses the Millennium Learning System to teach students.Their ideas and beliefs are grounded in India's rich culture and tradition while also taking a global perspective. Their policies are alive and considerate of everyone involved.

The school wants their students to be successful in all aspects of life and to be ready to play a significant role in shaping the Indian Millennium of the future. Their unique method of instruction is called the Millennium Learning System, and it is backed and guided by the Education Quality Foundation of India's Research and Development wing and a group of highly regarded educators.

St. Patrick's Academy, Meerut Cant., is a newer addition to the Patrician network of schools in India. The idea of having another educational concern in or around Meerut is the same tenor of St. Mary’s Academy with a similar mission, was dreamt about by the brothers a long time ago, even before St. Mary's Academy existed.

Students from all over the Meerut area attend St. Patrick's Academy in the hopes of developing to their fullest potential and making meaningful contributions to society. To that end, they work to cultivate a culture of caring individuals by providing them with the required framework.

The St. Thomas English Medium School in Jyoti Niketan, Meerut, Uttar Pradesh, is a secondary school that accepts both sexes and teaches in English. It is accredited by the Central Board of Secondary Education (CBSE). In 1972, the St. Thomas' English Medium School in Meerut opened its doors to students. Since 2006, when it was expanded to XII Standard, the school has had a perfect record of student success.

There are currently 3360 students enrolled in the school, and the faculty, administration, and support staff number more than 90.

Excellent schooling for your child

So, if you want your child to attend one of the aforementioned top 10 schools in Meerut for the upcoming 2022-2023 school year, you need to move quickly. Skoodos is a great source to learn more about the many educational options in Meerut.

The state of Uttar Pradesh had a modest tradition of learning, but earlier it was largely restricted... 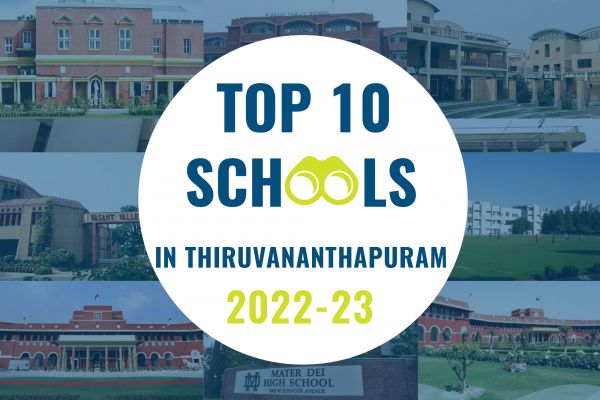 Trivandrum, the capital of Kerala, is a stunningly beautiful city renowned for its hospitality, temp... 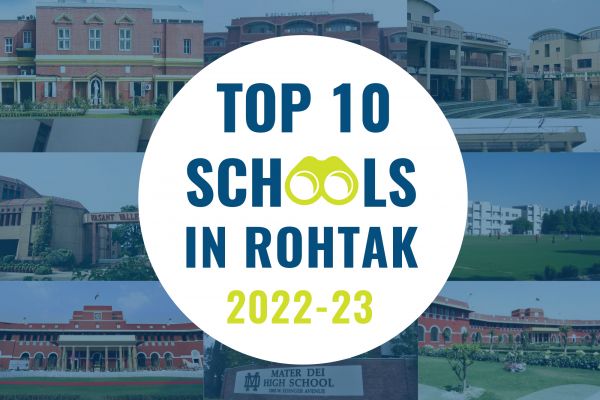 In recent years, the city of Rohtak in the Indian state of Haryana has become an integral part of th... 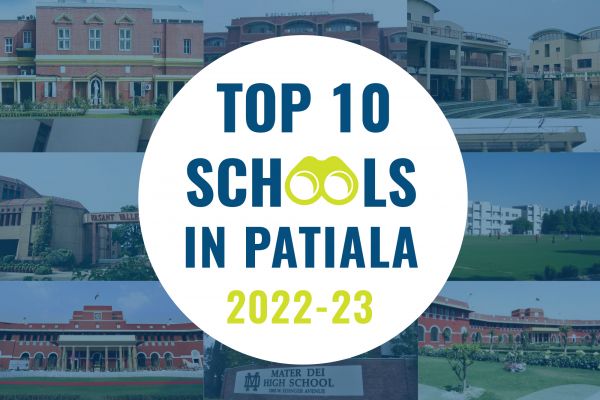 Patiala is one of the most popular towns in the state of Punjab, India is known for its Royal Family... 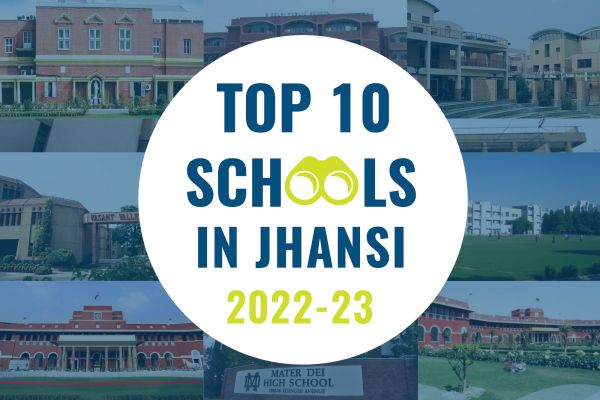 Jhansi, India is a city of over 1 million people and it is one of the most populous cities in India,... 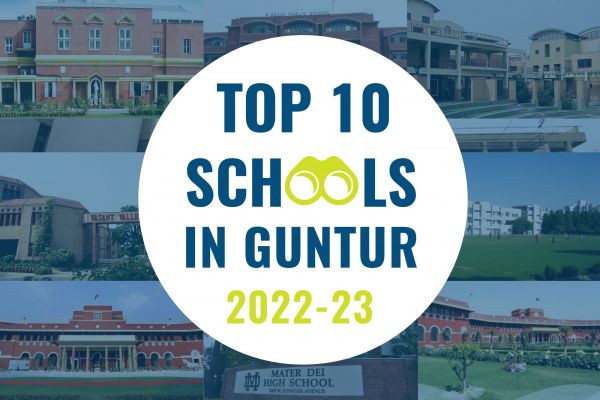 Guntur is situated on the Vijayawada-Madras trunk road, 9 kilometers east of the picturesque Kondave... 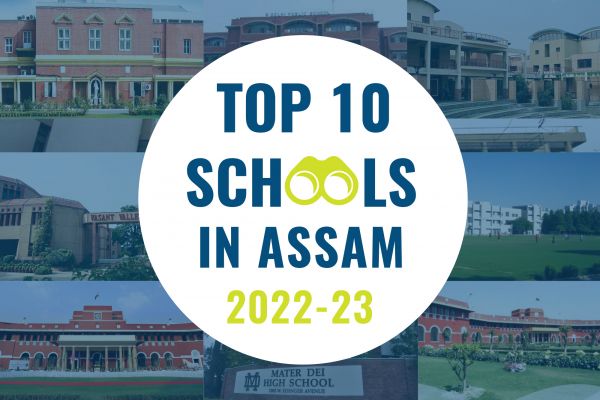 Assam is in the far northeast part of India and popularly known for its identity as one of the Seven... 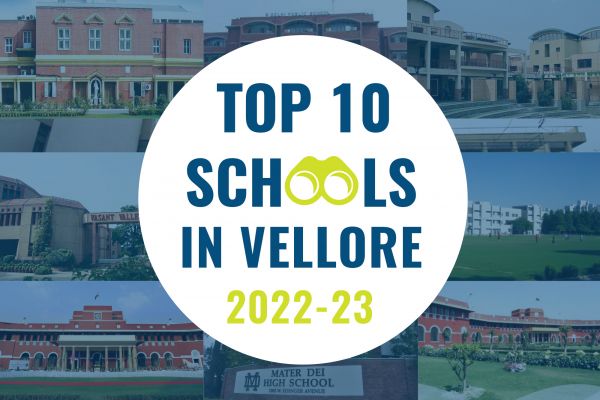 Vellore is a popular city located in Tamil Nadu, in the southern part of India. The speciality of Ve... 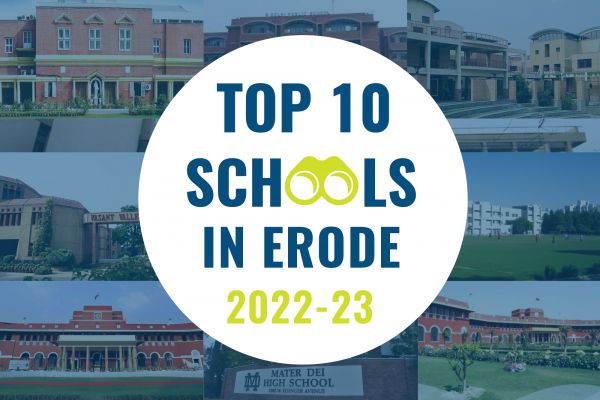 Erode is the seventh-largest urban agglomerated city in the Indian state of Tamil Nadu and is situat... 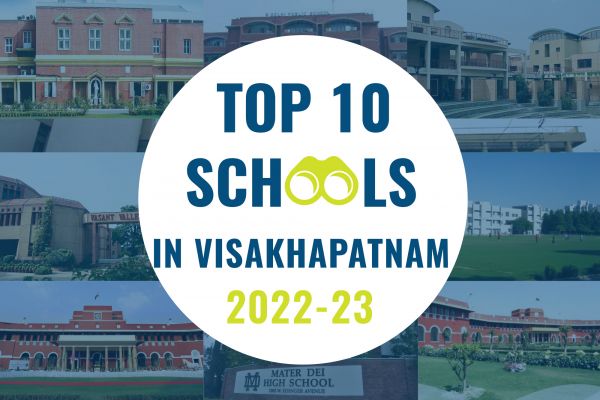 Visakhapatnam is known to be a port city of Andhra Pradesh. This city is concealed between the hills...

What Are You Looking For? Rotate your device
We do not support landscape mode yet. Please go back to portrait mode for the best experience